Aman & I started our day with beautiful sunrise jog outside our hotel in Oklahoma City. It was fun & energetic. Below is the picture taken from my trusted Nexus 5 of the sunrise from hotel window. 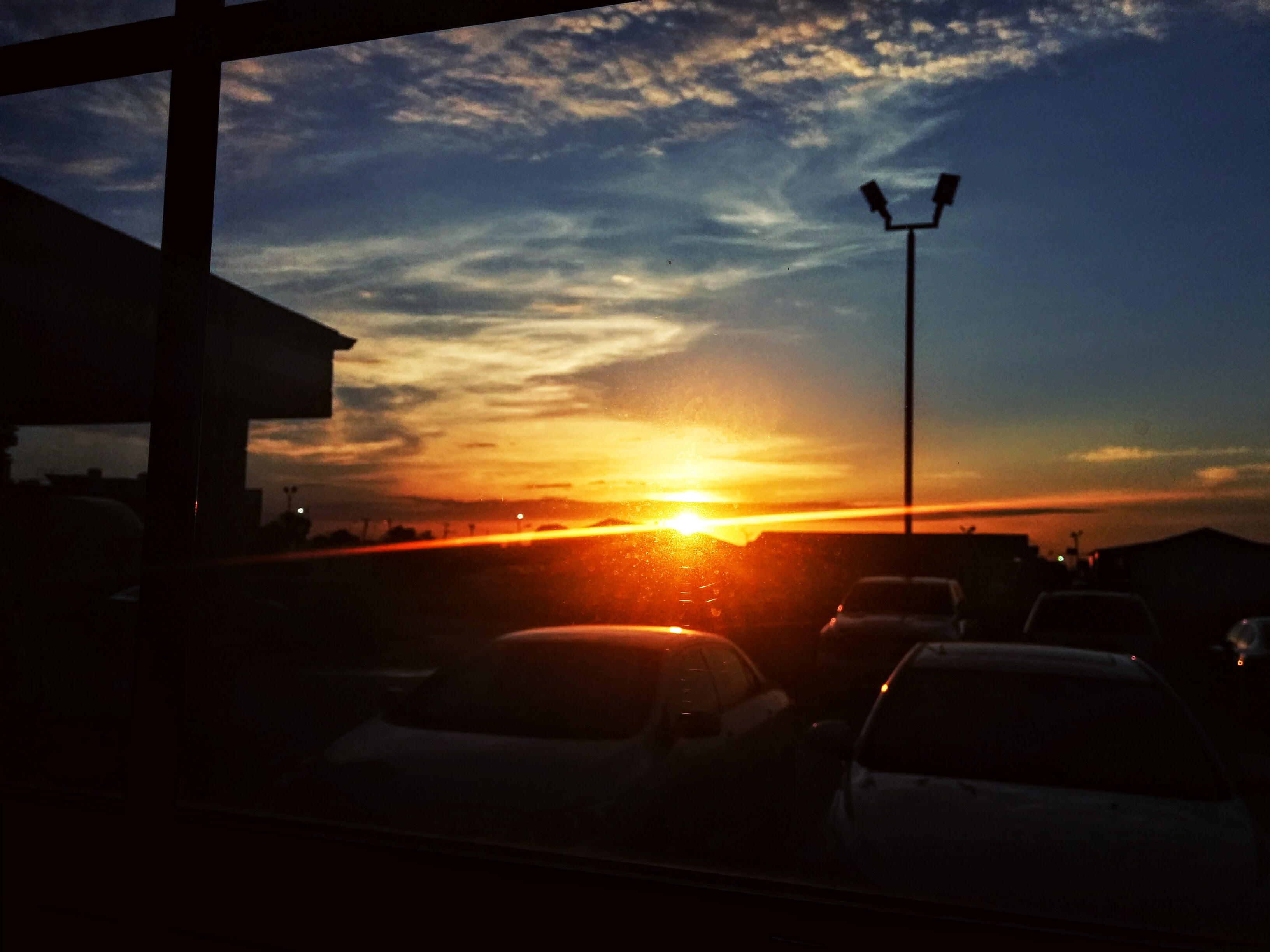 After departing from our hotel we drove through a small stretch of the Old Route 66 (mother road) from Yukon to El Reno before merging into I-40. I didn’t found any old cafe/ gas station/ motel on this small stretch, but we were able to see an old flour mill in the city of Yukon and a steel & iron industrial set up in the city of El Reno.

Before heading out to our next destination – Cadillac Ranch in Amarillo, TX we took a detour to Palo Duro Canyon State Park in Texas. After getting off from I-40 we took Hwy 207, Hwy 1151, Hwy 217 to see the canyon of Texas. These scenic highways offered us endless views of the southern plains with empty roads and wide open blue sky. While on our way to Canyon Park we spotted several cattle/ horse ranches every now and then on these highways.

On Hwy 207, suddenly out of nowhere came a place where there were trucks buried into the ground nearby a small shooting range – where actually people were learning to shoot.

After reaching Palo Duro Canyon State Park at 3pm in the middle of the day and arguing with Aman for lack of planning and thus reaching places when sun is right on top of us and therefore me not able to take pictures in the light I want to, we did a small hike in the park and embraced the heat of Texas.

After a small hike and driving through the Canyon Park, we departed for our final destination in Texas – Cadillac Ranch.

Cadillac Ranch is a quirky public art installation on Old Route 66 in Texas near the city of Amarillo. Built by a group of hippies known as The Ant Farm – imported from San Fransisco by the Amarillo billionaire Stanley Marsh 3, this installation is a tribute to the evolution of the Cadillac tail fin. At the ranch, 10 Cadillacs covered in paint stand almost half buried, nose down into the ground (supposedly at the same angle as the Great Pyramid of Giza). People come from all over the world to visit the ranch and leave their trace by splattering paints on these Cadillacs, making the old junk Cadillacs glowing with multiple layers of graffiti. The Cadillac Ranch is most commonly referred to as Mecca (a ritual site) for people who travel on mother road – Route 66.

I made the Cadillacs look a little more quirky in the picture below.

After all the quirky things and embracing the heat of Texas, we headed towards New Mexico for our night stay. But before reaching there while driving through Texas we hit a heavy rain storm and I drove through it on I-40 at the speed of 20mph with less or no visibility along with other cars for 15 mins.

Just after crossing the New Mexico border, we saw a sign board written in Punjabi for a dhaba with the restaurant name – Taste of India just off I-40 in San Jon,NM. This place is heaven for Indians on road trip on I-40. The place has everything – a general store, restaurant – dhaba with Aaj Tak channel aired on TV, truck shop – where truck drivers were getting their trucks serviced and later eating in the dhaba. It cannot be compared at all to the dhaba’s we have in India – but we were hungry and the food was awesome.

Not very far from San Jon, we slept for the night in Motel 6 on Old Route 66 in Santa Rosa, NM.

While lying on the bed of Motel 6, I reflected on my trip so far that how everything has changed in 3 days since we started from Atlanta – change in culture, change in the air I was breathing, sudden changes in the weather, change in landscape and change of two time zones already. Though I wanted to spend more time in Texas, but due to lack of time in reaching Seattle, I am looking forward to my day tomorrow in the desert of New Mexico.